The Belfast Hills Partnership held a Community Archaeology Dig on Divis Mountain, Belfast, focusing on a stone enclosure originally thought to be an Early Christian Cashel. The dig was held over two weeks and involved approx. 400 school children, a public open day, public training days and a walk and talk event. No Early Christian remains were uncovered causing the archaeologists to rethink dating of the site. Neolithic remains and early Victorian artefacts were found by participants, indicating that the site is much older than anticipated, and had a period of more recent use.

Tom Meharg, an Archaeology student, volunteered to work on the project and share his knowledge and experience with the participating groups. Tom played a key part in making the Belfast Hills Community Dig a success. The aim of the project was to bring the past to life through archaeology and creative engagement.

Tom got stuck right in, ensuring all equipment was where it needed to be for the school children, leading workshops with school groups, providing radio interviews, undertaking a flint knapping exhibition for the general public, giving generously of his time with individual visitors who wanted to see finds uncovered from the site. Tom often had to be reminded that he needed to take a break, as he was so busy on site helping everyone else! 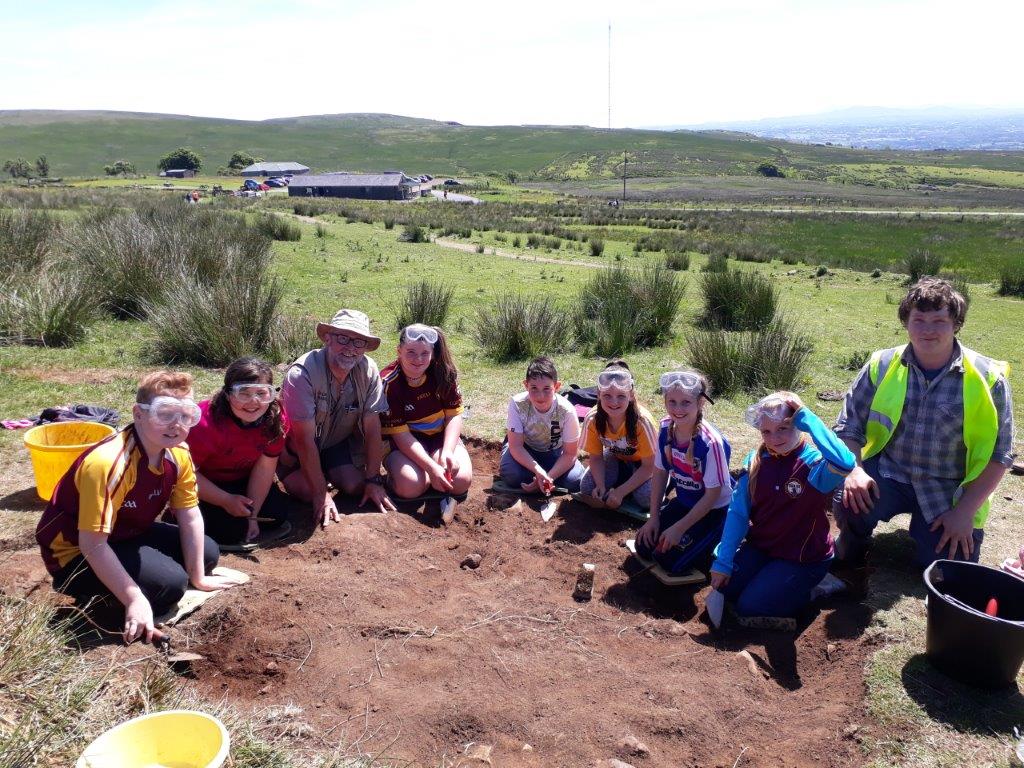 The AmmA Centre, Armagh, Amma 2.0 – A Virtual Creation of the Armagh Cathedral and Market Square