Now in the care of the National Trust, Mount Stewart House was the country seat of the Londonderry family from the 18th Century. The Trust has been engaged in a major conservation programme which aims to recapture the spirit of the house in the 1930s-50s.

Mount Stewart’s central hall is a key focus for visitors from all over the world. One of the glories of the central hall was its floor of Scrabo sandstone, in the 1960s this floor was covered by a black and white chequerboard linoleum floor, laid on a base of bitumen. The Central Hall Floor Conservation Project sought to restore this wonderful stone floor, which would return the hall’s appearance to one which visitors to the house in the early 20th century would have recognised. Cliveden Conservation Ltd, led by Tom Flemons, have a wealth of experience in working with historic floors, which was essential to the success of this unusual conservation project. Creative solutions were required to remove bitumen from porous sandstone surfaces, and to address heavy staining, areas of wear and other damage.

To expand and enhance the conservation skills and craftsmanship available in Northern Ireland, during the project the Cliveden team held several open days with local heritage conservation companies, sharing methodologies and best practice and their own learning journey.

Revealing the delicate geometric patterning of the sandstone has reunited the architecture of the hall, recapturing its grandeur and scale. Visitors can now appreciate the potent sense of arrival experienced by their predecessors. 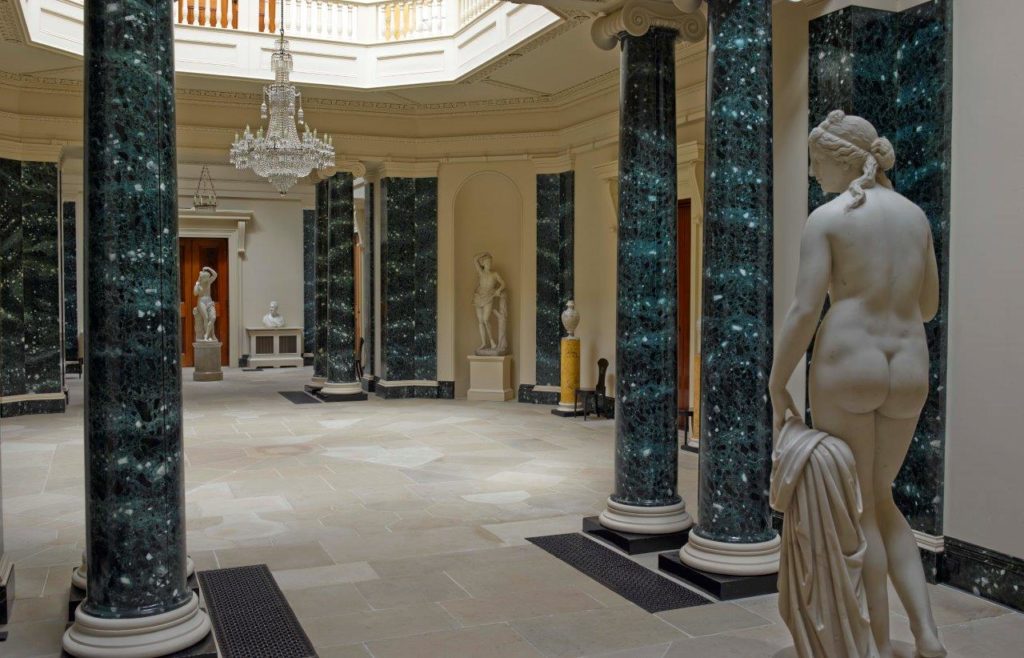