Now in the care of the National Trust, Mount Stewart House was the country seat of the Londonderry family from the 18th Century. The Trust has been engaged in a major conservation programme which also included the reinstatement of the sandstone floor in the central Hall of the house.

Jonathan, of J.B. Heritage Joinery, began his career in the heritage sector after completing a Heritage Specialist apprenticeship program, run by C.I.T.B. NI, which saw him hone his skills in heritage woodworking. He undertook the restoration of the gates to the Mount Stewart Stable Yard, which were suffering severely from wet rot due to poor maintenance coupled with the harsh climate on the shores of Strangford Lough. The project was primarily to save as much of the existing gate structure as possible, which is made of pine timber framing and cast iron railings, hinges and bolts, but also to preserve the historical features of the stable yard and do justice to its significance within the Mount Stewart site.

Jonathan’s first move was to stabilise the existing frame structure. He began by drying out the sodden timber and then cut out and repaired wet rot effected timber. He then reassembled the gates, gave them a prime and undercoat, rehung them and finally finished them with a striking weather coat paint.

Jonathan found that the project enabled him to further develop his knowledge and skills, and he believes strongly that the learning of traditional skills is vital for built heritage to be looked after properly. 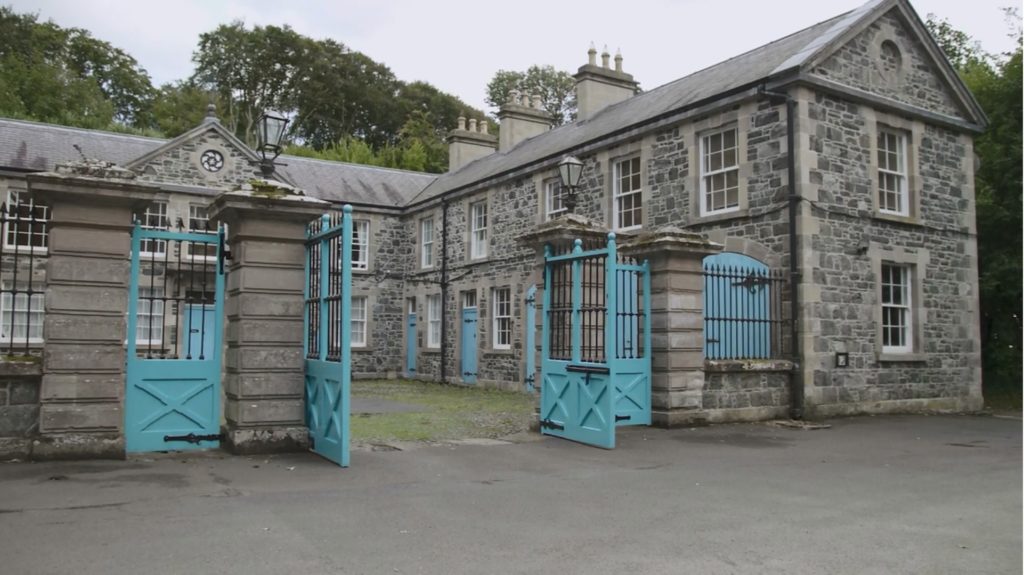