Ormiston House was built in 1867, by Scottish architect David Bryce, as a family home for James Combe who was a Scottish merchant and the owner of the Falls Iron Foundry. The house went on to play a part in many other lives over the years. Some of its many inhabitants included the chairman of Harland & Wolff Shipbuilders, Lord William Pirrie, as well as boarders from a local boys’ college and it also housed the Royal Ulster Constabulary. Thereafter it lay vacant for around 20 years, falling into a state of extreme dereliction and disrepair, having suffered extensive water ingress and vandalism which caused damage or removal of many original features prompting it to be identified as a building at risk.

After the couple bought the property, the restoration took around three years to complete. Ciara and Peter engaged Northern Ireland professionals to carry out the works and make it into a comfortable family home fit for 21st Century living, whilst being anxious to respect the history of the building. This includes the roof being rebuilt using the original tiles where possible, windows were restored rather than replaced, missing ironmongery was cast using original methods, and original ceilings were retained. Where feasible all original materials were preserved and reused or replaced like for like.

As well as returning Ormiston House to being a family home, Ciara and Peter hope that it can be preserved for another 150 years for future generations to enjoy. 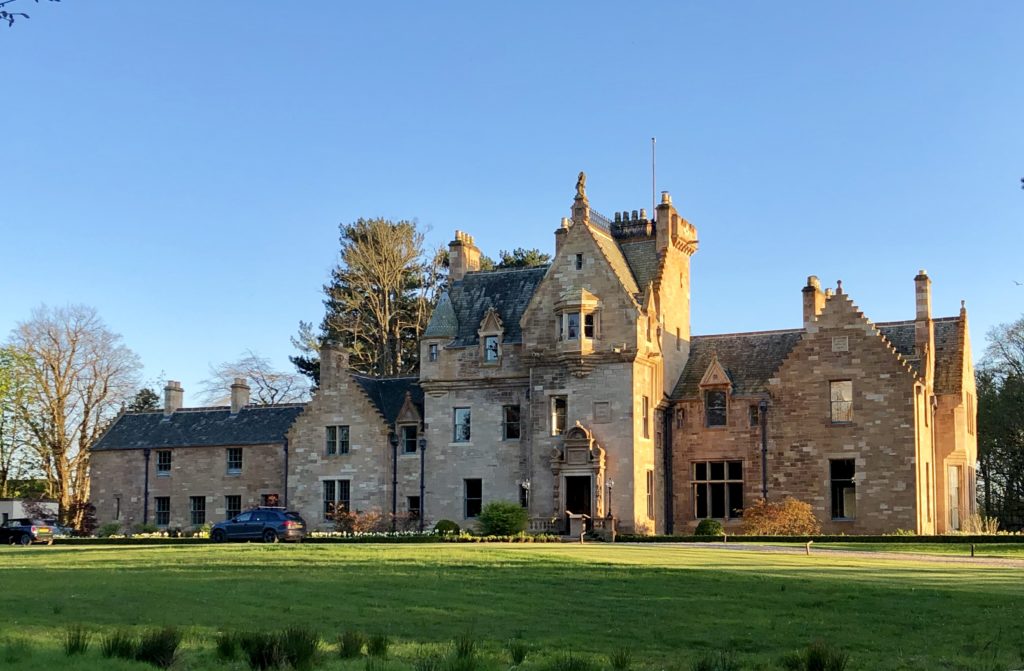