Michael Hoy is a stonemason based in County Fermanagh, who runs his own business, Ernestone. Michael has worked on a variety of projects, including repairs to historic buildings, creating altars and creating baptismal fonts for churches. In recent years, Michael has specialised in carving headstones and has been commissioned for those of Seamus Heaney and Anne Crookshank; however it is his work remembering T P Flanagan which has earned him his nomination for a Heritage Angel Award.

Michael was commissioned to create a headstone to commemorate the artist T P Flanagan. Michael was conscious that he needed to create something that would be a fitting tribute to the man, but also be in-keeping with the historic churchyard in which he was laid to rest. The result was to the eye a simple stone with traditional lettering; however the creation of such simplicity represents a huge amount of skill and understanding of the stone.

Michael was also commissioned to create a carved stone seat inscribed with T P Flanagan’s poem ‘On Arney Bridge’. This stone bench was designed as a sculpture to draw people’s eye and invite them to sit and contemplate the historic site at the 17th Century Bridge. Michael wished to invoke the spirit of the poem whilst being appropriate for the context, choosing a stone to complement the bridge and a more playful script to capture the fluidity of the water.

The project will be a lasting tribute to the life and work of T P Flanagan and the stonework that Michael has created will sit comfortably in context for hundreds of years to come. 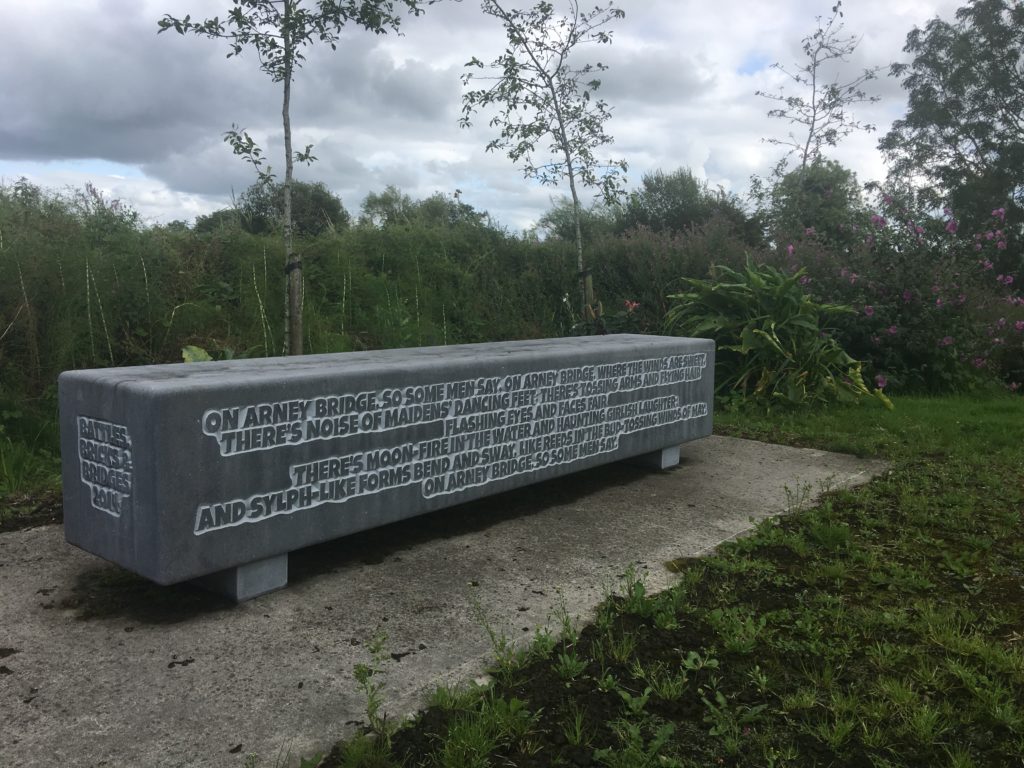