One of the Titanic Foundation’s objectives is to preserve the maritime heritage assets in the Titanic Quarter and the Foundation was keen to continue to retain the heritage of the Headquarters Building & Drawing Offices for future generations.

This project has seen the listed building transformed into a unique hotel, retaining its original features and has developed the most historically important rooms such as the Drawing Offices into spaces for public use. The B+ listed building was in danger of being lost, and decades of inoccupation had caused significant damage.

The Foundation consulted 130 former Harland & Wolff employees, who provided a unique insight into the original use of different areas of the building which proved critical in the rescue of the building and its component parts. As the building was restored, some exciting discoveries were made, including historic tiles in pristine condition that were the same as those which were on board the RMS Olympic & Titanic. Where possible these have been reused and repurposed, with the Design Team coming up with some inspiring suggestions and the ceramic tiles now line the bar in one of the Drawing Offices.

As a boutique hotel, visitors can stay in the rooms which were once technical drawing offices, and through an agreed access strategy with the hotel operator, Titanic Foundation ensures the heritage rooms are open to the public through guided tours and events; securing the building’s place as a part of the local community and as a visitor attraction. 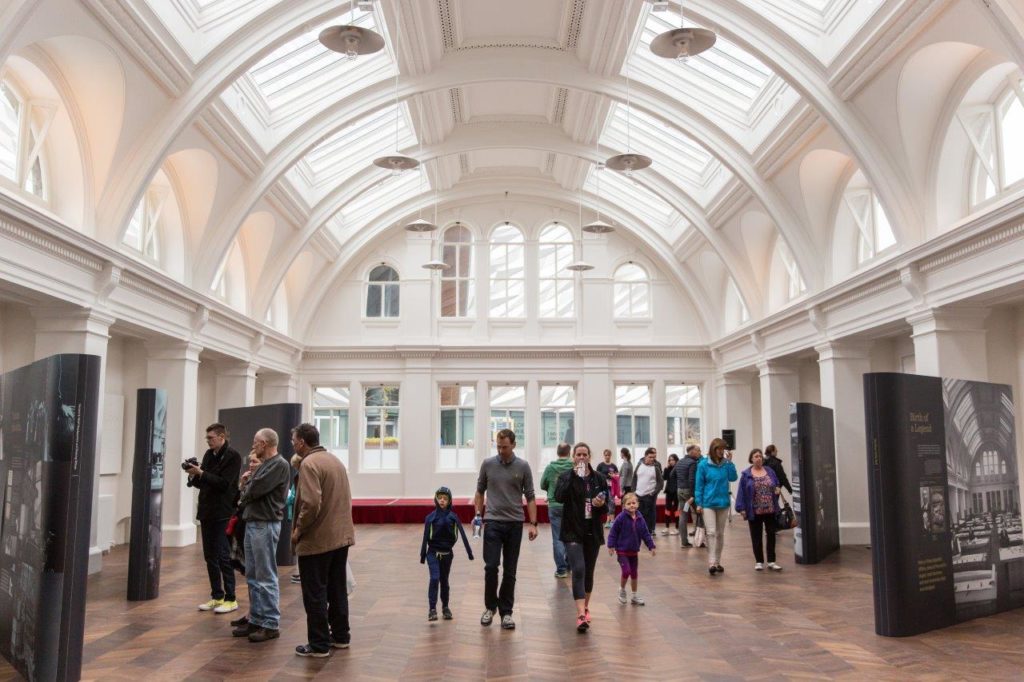