A legacy of the recent Troubles has been the destruction and loss of many of the historic buildings which formed the streetscapes in and around the Walled City of Derry. Repair works to buildings did not always take cognisance of architectural style or detail nor did they respect the historic origins of the city. Repairs were perceived to be a short term measure with owners always aware of the possibility of further damage or destruction. It was against this backdrop that the The Walled City Townscape Heritage Initiative (THI) scheme emerged, recognising that Derry’s built fabric was an asset which could be used to enhance the city.

Initial success in securing support from the Heritage Lottery Fund (HLF) by the project instigators, the Foyle Civic Trust (FCT), supported by its statutory partners, led to the development of the Walled City Partnership Limited (WCP), a cross sectorial partnership, working to create a fantastic city centre to visit, work and live, with a unique sense of place and a warm welcome. As of June 2018 the THI will have facilitated the repair and restoration of over thirty historic properties.

Derry is synonymous with its 17c historic walls and siege, however todays Walled City reflects much more than a single event or point in time. As a city with a clearly defined sense of place the role of the buildings in and around the city walls is critical in defining who we are and how we have grown as a community. 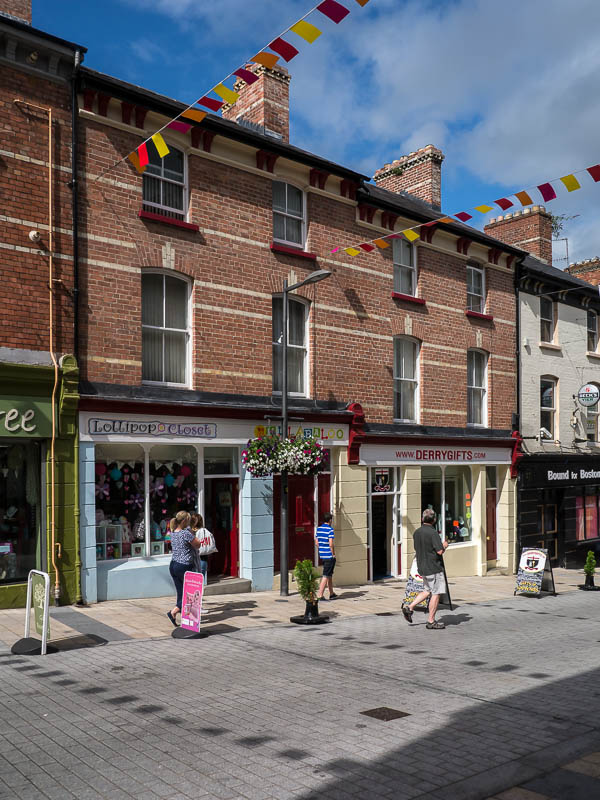