Conor has restored an idiosyncratic little landmark building which stands on the summit of “Cockhill” in County Armagh and is affectionately known in the local area as ‘The Stump’, being that of a former windmill, built c.1706. The building saw a new use when it was adapted as a dwelling c.1860. It has been vacant since c.1930, and had fallen into disrepair.

The aim of the project was – in the context of a very small budget – to primarily secure the future of what is an important part of our industrial heritage, which was at the outset in a state of decay. Conor did this by recording through photographing the existing fabric of the building, carrying out the most urgent work to make it wind and weather tight, with the view of supporting its future use as a dwelling.

The Stump had some serious structural issues and was in dire need of repointing, some timber lintels had completely rotted away and openings were in need of structural support. The roof had a large hole in it which meant that most the internal joinery was saturated with rainwater, and it was rotten and full of woodworm. 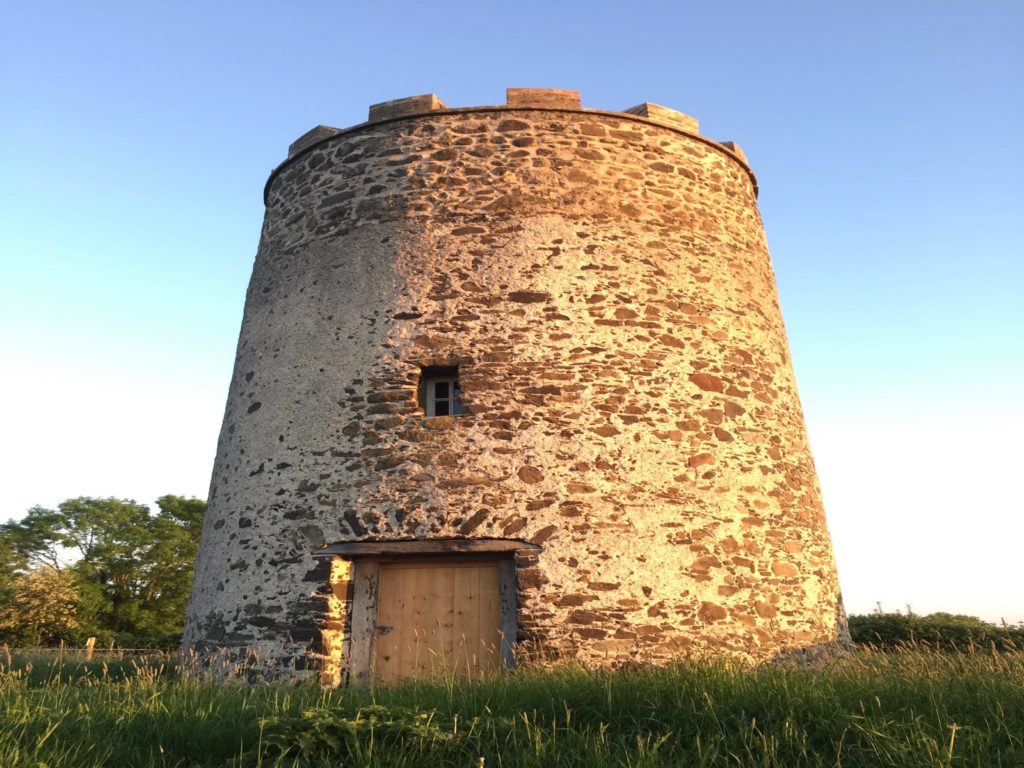