Paul Harron has voluntarily undertaken to research, record and interpret the work of Young & Mackenzie Architects.
Paul was aware that the firm’s work was highly significant to Ulster’s architectural heritage but that it had not been thoroughly researched or documented. He therefore commenced extensive independent fieldwork across Northern Ireland and consulted hundreds of uncatalogued drawings in the PRONI archives, completing a PhD thesis on the subject before authoring ‘Architects of Ulster: Young & Mackenzie, A Transformational Provincial Practice, 1850-1960’ published by UAH in November 2016.

The book has been critically well received and described by the Dictionary of Irish Architects as the definitive study of the firm. Further to his authorship of the book, Paul also produced a ten panel exhibition in 2018, which has now
commenced a tour of Northern Ireland’s libraries. 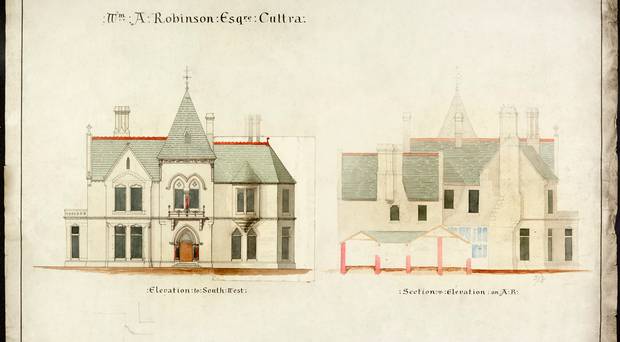