There has been a house on the Eglantine site since the 1780’s. The present building was extensively remodeled circa 1840 to designs prepared by the Belfast Architect Charles Lanyon and occupied its site until a fire in the 1980s rendered the house uninhabitable. It stood derelict, an empty shell without a roof until the restoration of the house began in 2009. Initially, the restoration was commissioned by a private development company; however the restoration was taken over by Martin and Elizabeth Reilly after the development company experienced financial problems due to the 2007 Recession. Elizabeth was instrumental in financing the project.

Martin and Elizabeth wanted to create a beautiful family home and the restored Eglantine House provided that bases. Martin was passionate about recreating the interiors and he did this using existing evidence which due to the extent of the fire was fairly scarce but old photographs retained the details of the interiors. They reintroduced many of the features lost in the fire, as well as keeping all that was salvageable from the shell.

The accommodation lies over two floors with cellars. Most notably, Eglantine House has a large entrance hall with two curving flights of stairs with cantilevered stone treads and shaped ends; these meet at a half landing where two further short flights then diverge and rise to the first floor landing. Most likely due to this exceptional double return nature, the staircase was featured in the publication ‘The Treasures of Britain’.

Martin’s endeavours to save the building not only rescued a building at risk but brought to light how care and attention to details wholly contribute to the now beautiful family home. 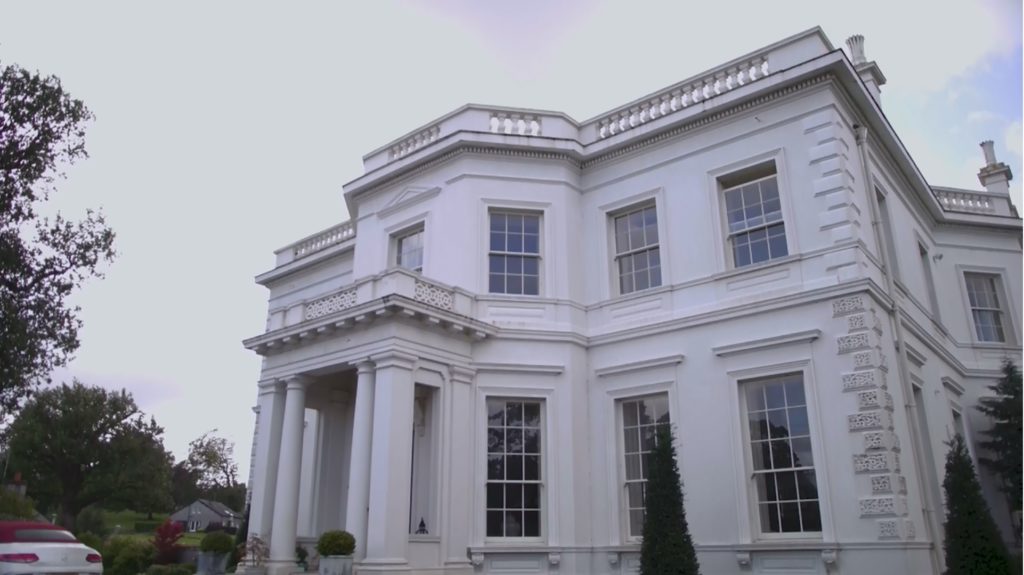